I love wisteria.  LOVE wisteria.  And I’m not a big fan of pastels.  In general, I think pastels are wimpy.  I mean, if you’re going to be a color, be a COLOR, not a half-diluted color!  But the lilac-purple of wisteria, the fragrance you can identify from twenty feet away, the way it softly falls from the vine as it grows over trellises and doorways and bannisters delights and soothes me.  And even though most of the varieties of wisteria have their origins in China and Japan, whenever I see those hanging blossoms I always think of Italy 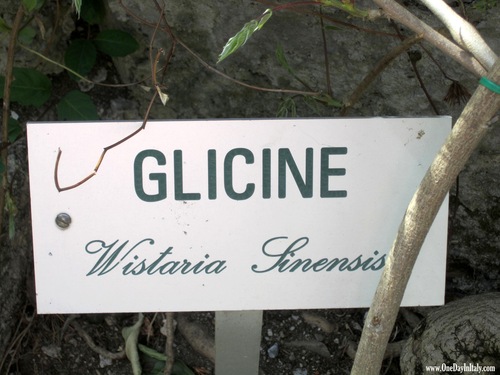 You may see it spelled several ways:

1) Wisteria – First referred to as such by the botanist Thomas Nuttall around 1800AD, and thought to be in honor of his friend Charles Wister of Philadelphia. 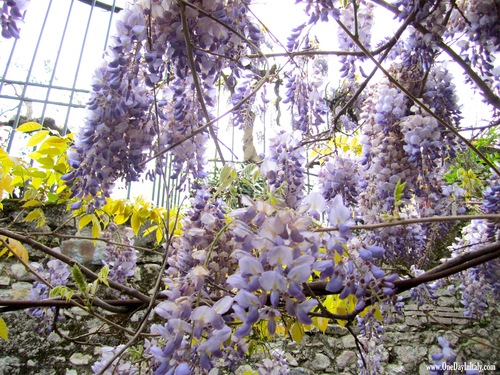 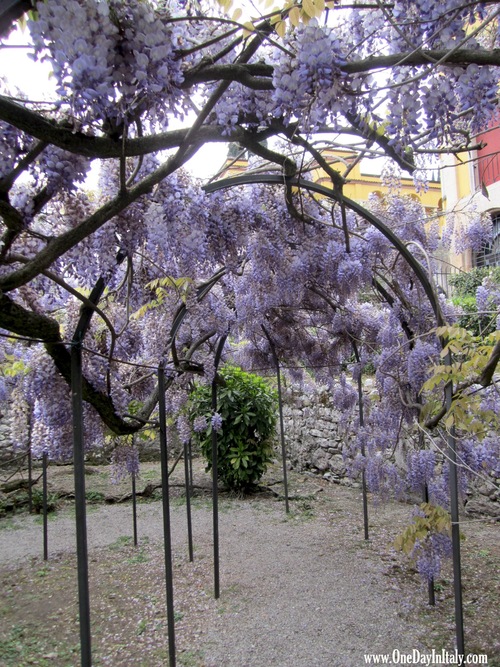 Wisteria vines are strong.  VERY strong.  They can break latticework and any sort of flimpsy supports and cause serious damage to gutters and downspouts.  The wrist-thick vines have even been known to strangle trees to the point of killing it! 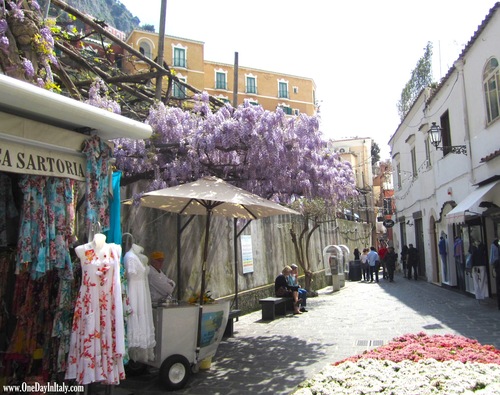 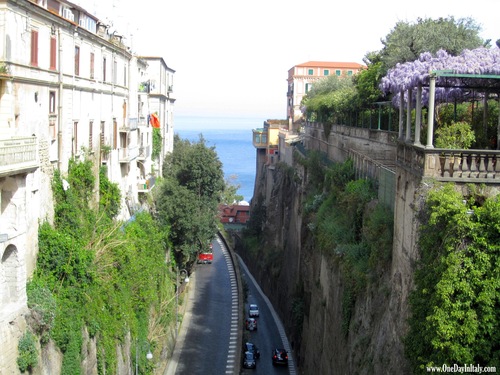 Wisteria is all over Italy, from the Amalfi Coast all the way up to Lake Como.  It can grow up to 20 meters in height when allowed to grow around supports.  The largest known Wisteria plant is right here in California, in Sierra Madre!  It’s the Chinese Lavender variety, planted in 1894, and It measures over an acre in size and weights 250 TONS! 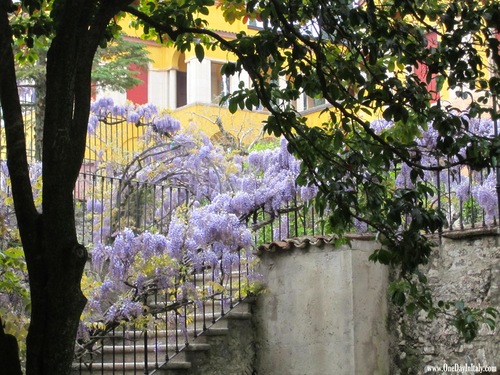 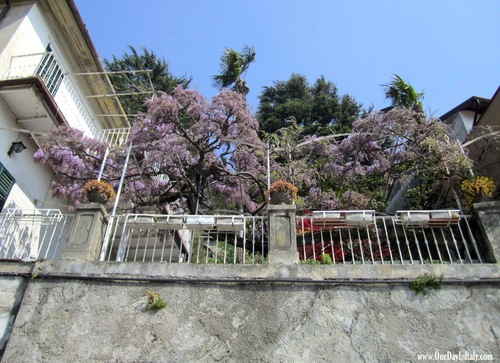 All I want in life is a patio covered with a roof of Wisteria.  Well, maybe not ALL, but it wouldn’t hurt… 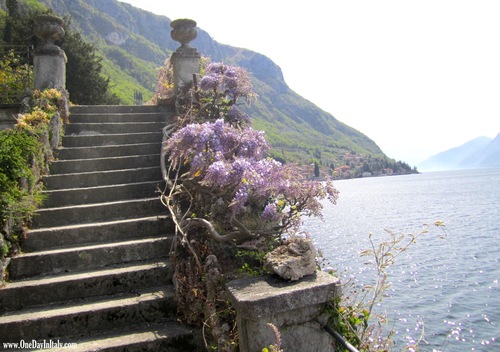 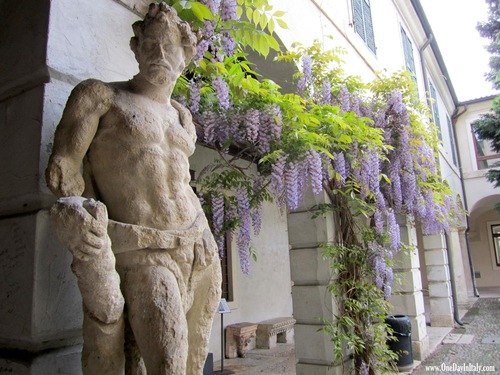 Throughout history, cultures around the world have developed a “language of flowers” (sometimes called floriography), that assigns a meaning to a certain type of flower.  For instance, red roses are for passionate love, daisies represent innocence, an iris means good news.  Wisteria is the flower of “welcoming friendship”, and its been true enough for me