One of my Italian friends had told me that I *had* to go to Monteriggioni while I was in Siena, that it was this tiny walled town full of cute shops and restaurants always abustle with activity.  So I looked up restaurants on TripAdvisor and decided to go there after I left the Abbey of San Galgano.  It was just after 6pm, which I figured was perfect: I could wander the shops for the last hour or so that they were open, maybe stop into a caffé for an aperitif and then have dinner once the restaurants opened after 7:30.

Boy, was I off-base.

This was my first introduction to how DEAD small Tuscan tourist towns are in December.  I pulled up and parked.  I was one of maybe three cars in sight (MAYBE three – that’s being generous).  I walked up around the tall stone walls to the arched entrance. 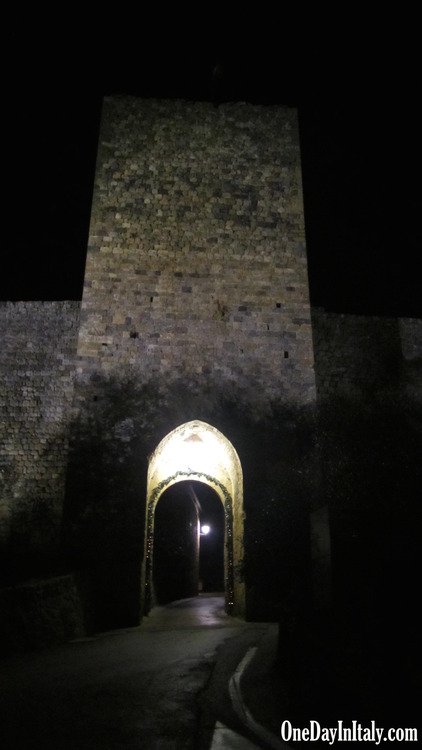 Didn’t have such a great feeling about this, but walked in through the opening and found this: 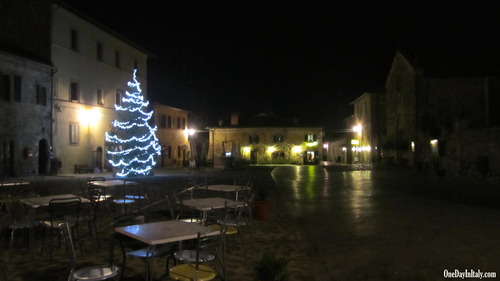 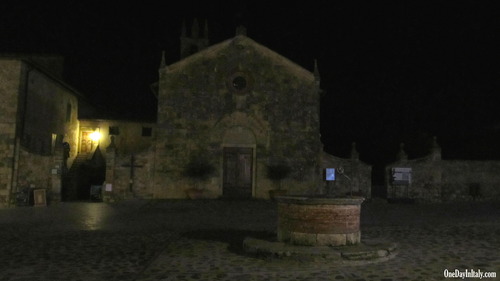 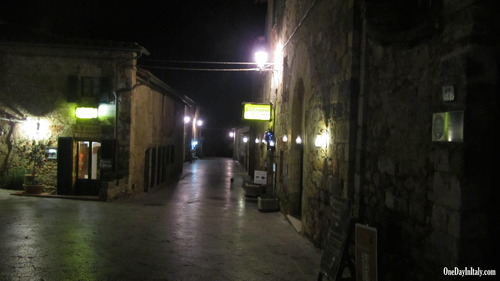 Yep.  Totally empty.  It felt like a ghost town.  All the lights were on but no one was home!  I decided to walk down what looked to be the main (and only) street.  See that dark spot at the end of the picture above?  That’s not where the street stops.  That’s where the TOWN stops.  It’s THAT small!  So I went down a small alley on my left and after a (very short) block came to a lovely town park. 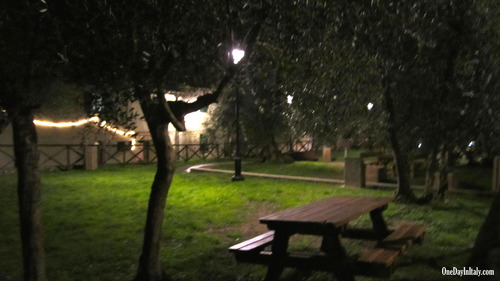 Back up the hundred meters or so toward the side of town I started from, through a street literally called “Narrow Alley” to the – still empty! – main square. 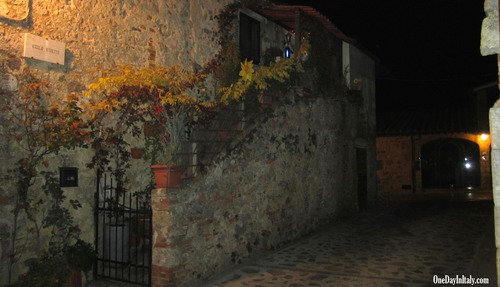 To my left I thought I heard some activity in the restaurant I had wanted to eat at, Il Pozzo… 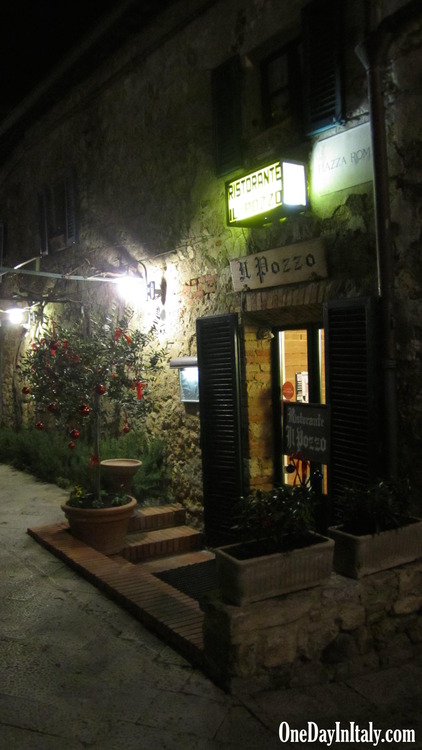 … but it wasn’t even 6:30 yet and there was no way I was going to wait around outside in the cold in an empty piazza for an hour until they opened, so with one last wistful look around the square I turned around and walked back out to my car to return to Siena.

Have you ever been to Monteriggioni when there were actually people there and things were open?  What was it like? What was your favorite thing?