It was January 3rd.  It was a rainy January 3rd.  The sun was nowhere in sight and none of the tourists hustling about Piazza Duomo, colorful umbrellas in hand, seemed to have much hope it would appear soon.  They didn’t really seem to care, though, either.

I was standing in the line of umbrellas behind Giotto’s Bell Tower.  January may be low season, but the lines were still long in Florence.  I heard a lot of Italian in that line and a wide array of Asian languages; not much English.  None, in fact, other than my own thoughts. 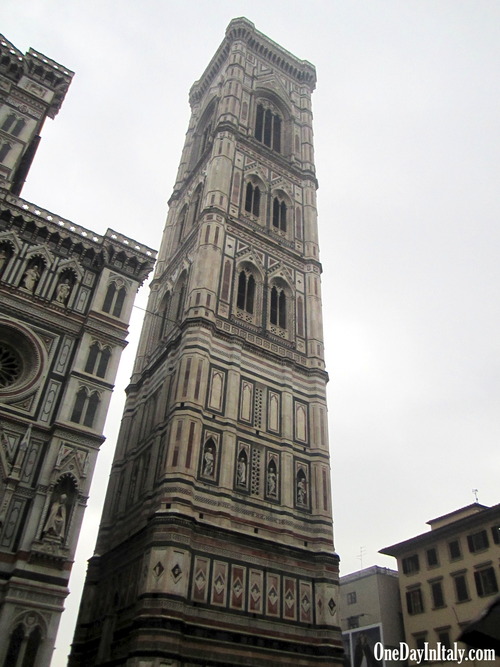 In 1334AD Giotto di Bondone was named to take over construction of the new duomo projects, which had been laying stagnant for thirty years, ever since the death of the last capomaestro, Arnoflo di Cambio.  Giotto focused his efforts not on the new church itself, but on the bell tower that was planned to stand next to it.

When he died a few years later, only the lower section was finished.  Today the campanile stands 84.7 meters tall and almost 15 meters wide.  It’s covered in marble – white marble from Carrara, green from Prato and red from Siena – forming geometrical panels over its entire exterior. They only let so many people into the bell tower at a time.  After about forty-five minutes, after making it to the main door, I bought a cumulative ticket for €10 and proceeded through the turnstile, up the stairs. And oh, are there stairs!  Narrow, dark, stone stairs.  Lots of them.  If you’re claustrophobic, it’s probably not going to be your favorite place in Florence, but luckily you only have to go up a few flights before emerging onto a terrace. There are three terraces (not including the roof), all offering the same views of Florence at varying heights, and seven bells in the tower: When you get to the uppermost terrace, you can look down to the one below.

But why climb all those stairs if not to go to the very top? 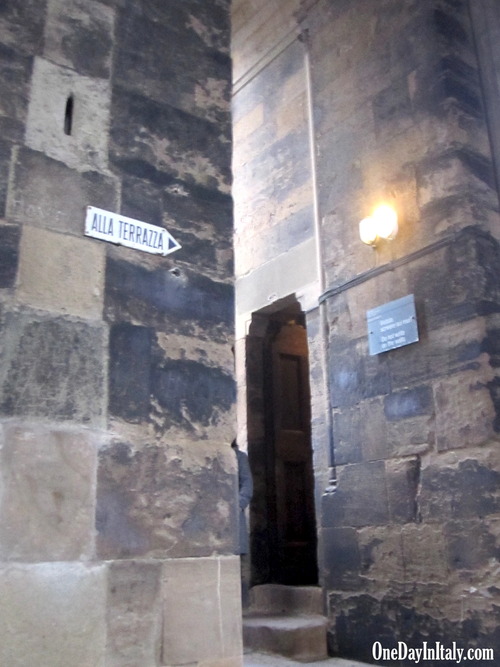 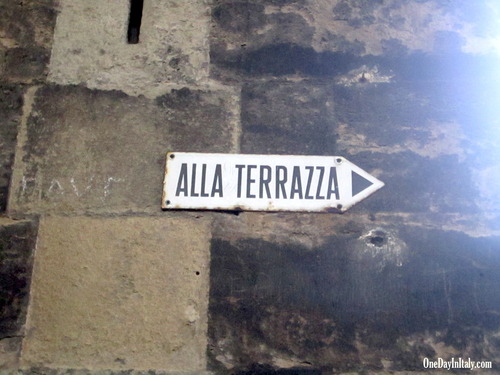 When I climbed the final staircase I emerged to a cloudy gray sky, but at least it wasn’t raining. 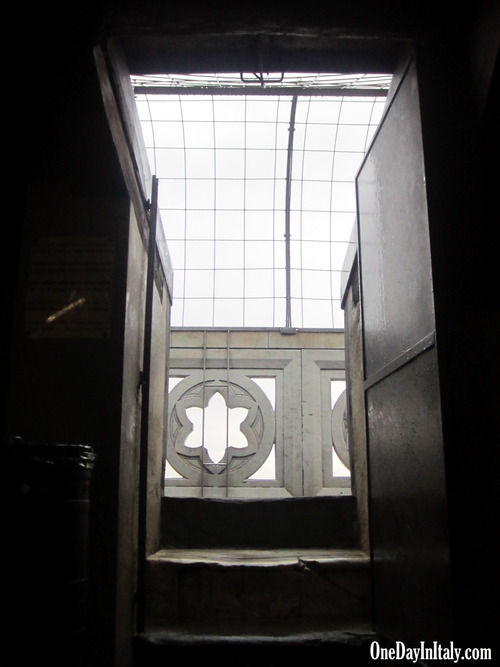 The roof walkway is enclosed in wire, keeping birds from getting in – and people from getting out.  Luckily for me, I think most people had been scared off by the rain, not realizing it had given us a short reprieve, which meant I had an easy, unobstructed walk around the perimeter of the tower. 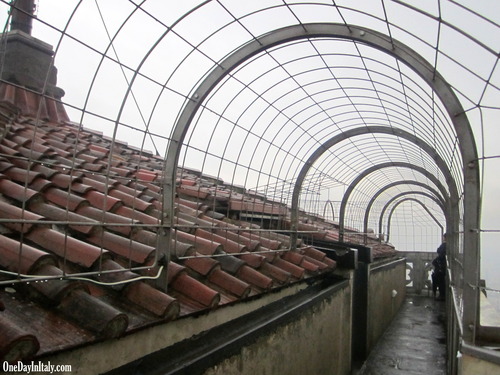 The fog that had come with the rain blocked the view of the horizon, but I could see enough to appreciate the beauty of the red rooftops. 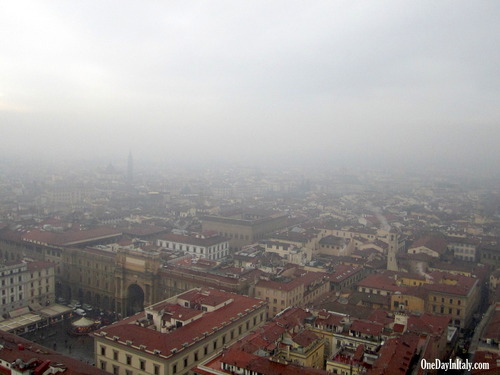 Next door, people were crowded around the top of the duomo’s cupola, Brunelleschi’s Dome.  They seemed like they were just a little bit higher than I was… which simply means I had to climb the cupola, next On my way back down I was able to fully appreciate the bell tower’s limited-entry policy.  You climb the same set of stairs down as you do on the way up, which could get really crowded – and probably pretty dangerous – if they didn’t regulate how many people could go up at a time.