Around the mountainous coasts of Italy, this is a common site: 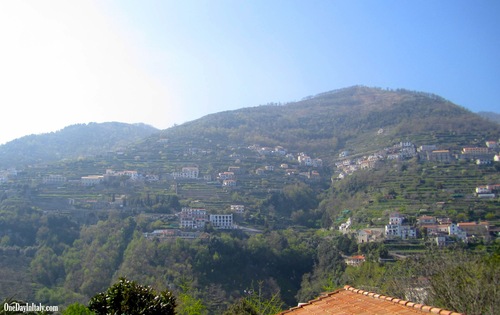 I had of course seen buildings perched on stilts on the side of hills and mountains to give them a flat base, but what I hadn’t every really noticed were the terraced gardens in every open space.  All along the Amalfi Coast, farmers grow and harvest their infamous lemons several times a year, carrying baskets of the bright yellow fruits down ancient drystone steps. 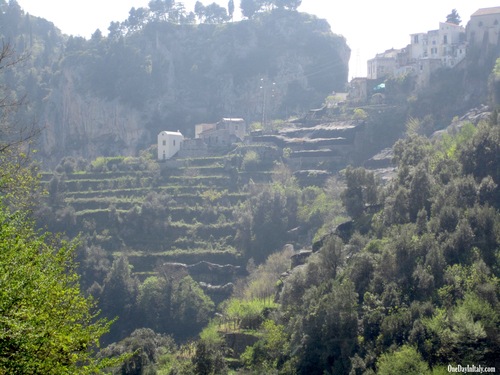 While on the chairlift in Capri I saw a man tilling the soil of his farm, getting ready for the growing season. 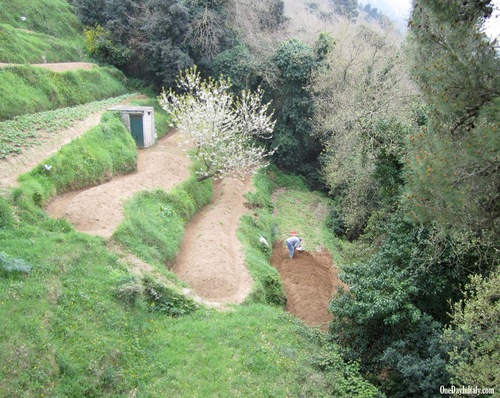 Terraced farming was originally developed by the Incas, who called each terrace an “anden”.  Farming in this way prevented torrential waters from washing away all the soil (and young crops with it).  Instead, as water was absorbed by the land on one terrance, it would wash any unused nutrients down to the next one.  Terraced farming also allowed the Incas to develop an infrastructure of aqueducts to carry water down the hills, a design that is still used today.

Next time you’re in Italy, be sure to take note!