Down, down, deep in the well.

Orvieto is in my itinerary for my next trip to Italy.  One of the things that seems to be a staple of the small hilltop town is St. Patrick’s Well (Pozzo di S. Patrizio).

The well was commissioned by Pope Clement VII in 1527 after the sack of Rome forced him to take refuge in Orvieto.  He became concerned there wouldn’t be enough water available in Orvieto in the case of a siege.  It took Antonio da Sangallo the Younger of Florence 10 years to design and build the well, which was completed in 1537 (during the papacy of Pope Paul III).

The well seems to be on the far side of town from the main piazzas: 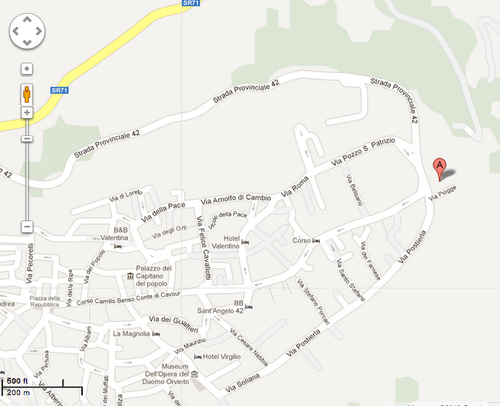 It’s quite a grand entrance to a WELL (thank you Google Street View): 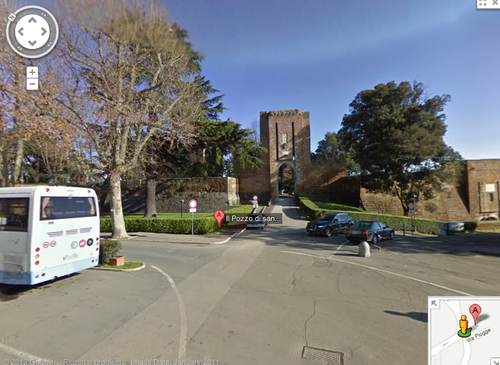 It looks like you buy tickets right at the entrance.  5 euro per adult (3,50 reduced).  Some people talk about a combination ticket with the Greco Museum for a couple euro more, but its not listed on the official site. The Greco Museum is said to hold a few dozens bronze statues and artifacts – doesn’t sound too exciting but for two euro its worth the chance, I think.

The well itself sits right on the precipice of the cliff.  On the exterior it’s a one-story, round building made of brick. 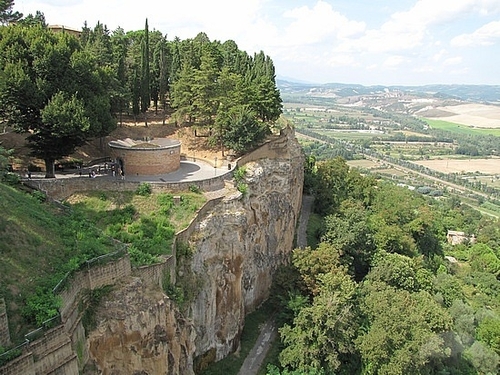 The well reaches 53.15 metres (174.4 ft) deep and is 13 meters (43 ft) in diameter.  You reach the bottom by making your way down one of two double-helix staircases.  Double-helix means there are two separate spirals – a donkey going down to get water wouldn’t block the path of one taking the other spiral staircase coming up.  70 windows provide illumination to the staircases from the top, but it still seems like its probably damp, dark and somewhat claustrophobic.  In other words, awesome. 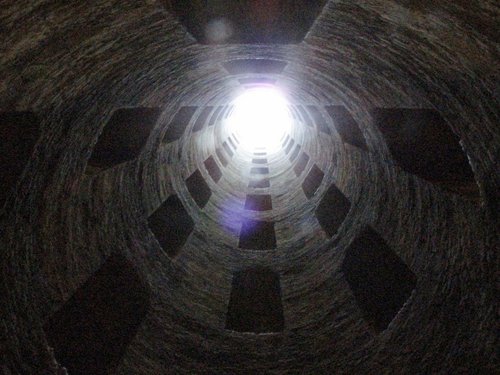 In addition to the official site, find traveler reviews on TripAdvisor.